Organizer
Group Bomb​
We are coming at you with a crazy new premise that we have been testing and seeing massive results with. You are probably aware of both Facebook Fan Pages and Facebook Groups.
Back in the day Facebook pages had massive results. Nowadays not so much. The engagement is not like it used to be and marketers aren’t crushing it like in the past.
However, Facebook groups are making money like crazy.
The reason being that with social distancing people are clambering to have "community" and be "social".
Facebook groups are EXTREMELY hot right now because of this.
The group fulfills some of the social interaction people so desperately want and need. The timing couldn't be any better for the Group Bomb method.

Drew wanted to come up with a shortcut. He didn’t want to take his time and grind it out trying to build a group over time.
What if there was a way to get people that we had no prior relationship with to join groups that they are interested in with a hands off method.
Once in the group, you monetize the hell out of it.
We show you how to AUTOMATE the group. You don't even have to show your face if you don't want to!

Facebook will even start promoting the group for you.
The process that Drew came up with is known as the “Group Bomb” strategy.
The Group Bomb method gets people into your group for 2 cents a click!
0.02 cent clicks with a total test spend of $36.92

The ad that we make is so brain dead simple.
One crazy aspect is that we use free “gifs” in the ad.
This generated 12k In eCommerce sales using this method.
Not a bad return. The thing is this isn’t “just” for eCommerce. It is for anything!
We even break down a case study of a truly top performing / winning product that got these results. We just give it away to you. It really is true that when it comes to eCom you only need one true winner. Once you find that you can scale like crazy. 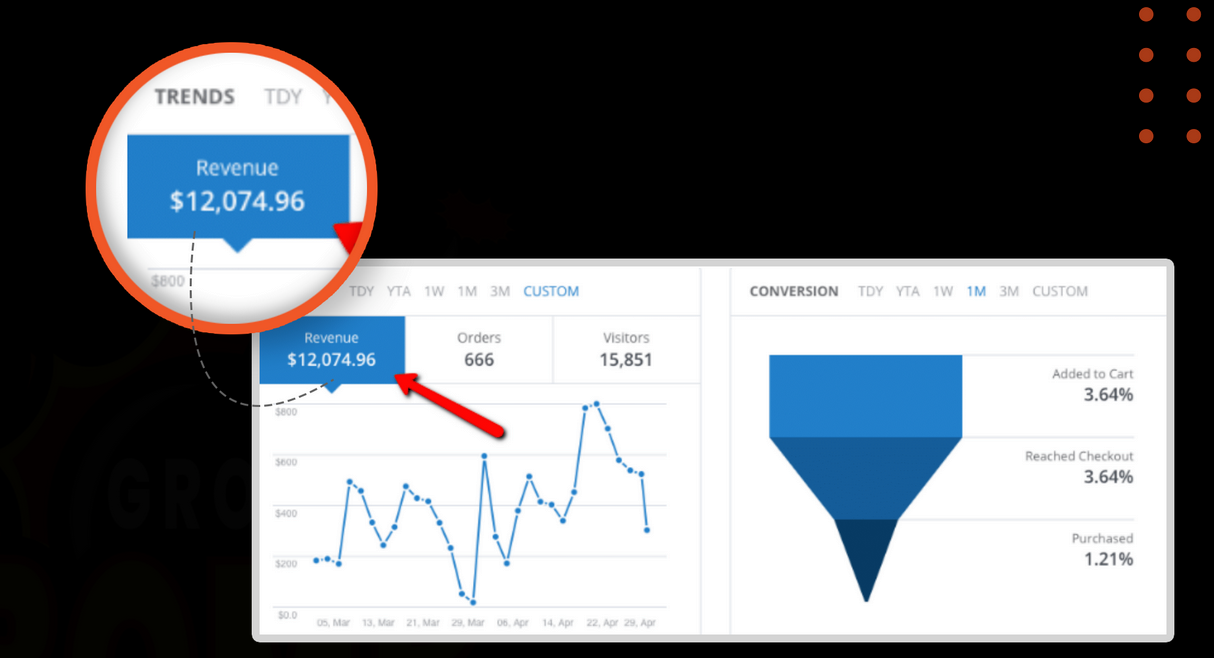